"For The Love Of The Game"

This week I made baseball themed cupcake's for my husband's luncheon. I had a great time creating this order. 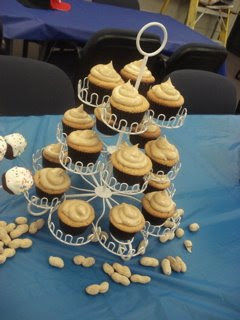 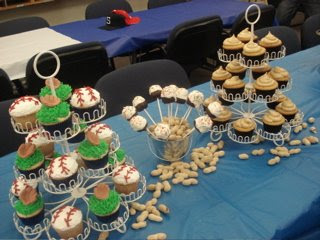 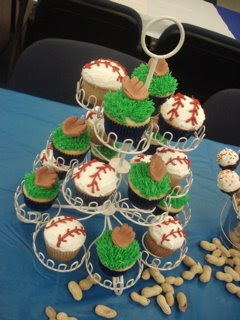 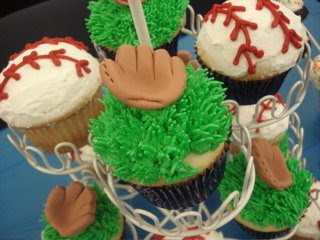 So...my creative juices kept flowing. A friend told me about these cute little cupcake pops, and I had to make them! Each "pop" has a chocolate cupcake filling and is dipped in chocolate. They are sooooo yummy!! I made a cupcake bouquet for my sister-in-law (which is shown in this picture). She loved it and loved them too. I will be posting more cute bouquets soon. These make a perfect gift for any special occasion. Other flavors are available as well. If you'd like to place an order please email me. 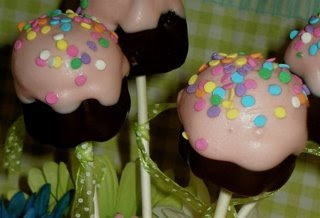 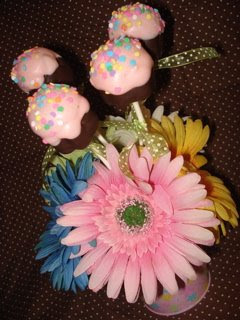 I love lady bugs and decided to make them into cupcakes. The cupcakes are chocolate covered in a dark chocolate glaze. They came out so cute and they're delicious as well !!! I am currently making up a lady bug birthday package theme. Included I will have 3 types of lady bug invitations to pick from as well as gift bags, favors and much more. I am still in the creating process!! I will post the party package soon. I am also available as a coordinator on the day of the party. 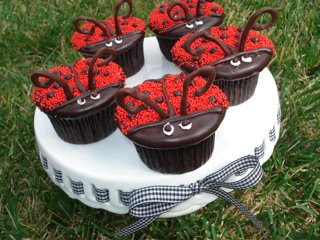 After finishing my first cupcake order, I received my second order of cupcakes from the florist who worked at the baby shower. She placed an order for a 100 cupcakes! Yippee!!! It was for her son's birthday party and the theme was Star Wars. The top cake was a Tie Fighter plane which was a 6" cake, covered in fondant and the wings were made out of cookies that were covered in fondant as well.
Cupcakes: white cake and strawberry cake
Frosting: buttercream
Decorations: I made sugar cookies and covered them in fondant.
Stand: was handmade 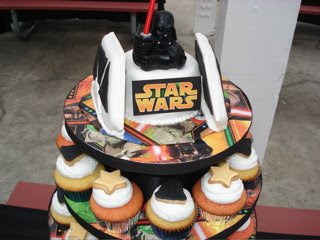 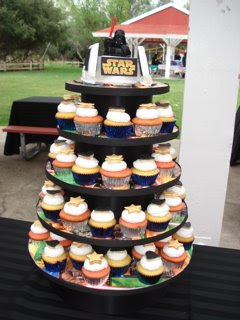 So, I am taking a leap out into the cupcake and party planning world. My close friend was having a baby shower and needed 120 cupcake. My inner-voice told me I was crazy but, I decided to take on the challenge. I succeeded! Not bad for my first order of cupcakes.
Cupcakes: white cake and strawberry cake
Frosting: Buttercream
Decorations: fondant hearts and letter A
Stand was handmade with the help of a wonderful mother. Thanks mom! I think it came out so cute. The little girls name is Amelia Rose. 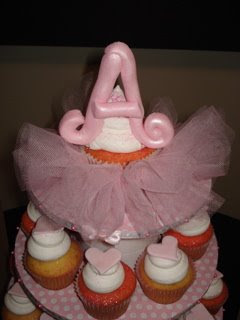 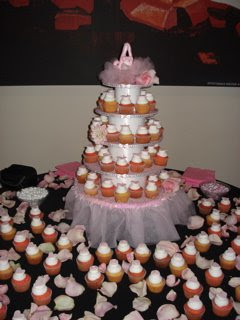